The Husband took over the role of finding fun things and fabulous eats while I was in grad school. He took his new job very seriously and managed to find the best local people to follow on social media, thus finding the best things to try in each city we visited. Truth be told, he may actually be better than me at finding great foodie experiences (but don’t tell him I said that!).

He discovered Clinton Hall in NYC prior to our last visit and it immediately went to the top of the list. It has great craft beer, and are known for their burgers. But the real selling point was the doughnut grilled cheese over tomato soup! And yes, of course I had it and it was glorious!

The atmosphere was really cool. It was very open, but cafeteria style tables and lots of games to play! We were so inspired by the games that we ordered Giant Uno on Amazon while we were still eating dinner! 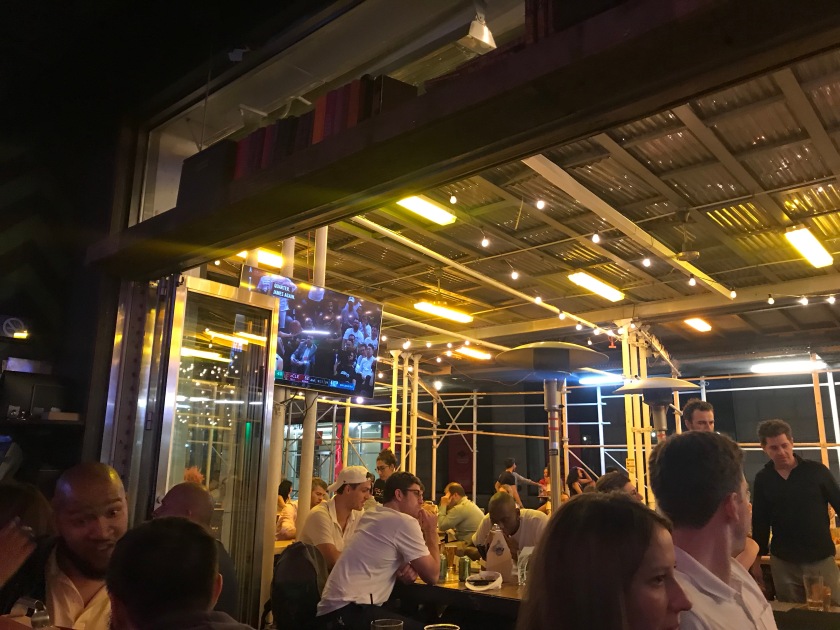 Clinton Hall was so good that we went twice during out long weekend! We generally visit at least one place a second (or third) time in every city we visit. Does anyone else tend to return to a great find while on vacation?