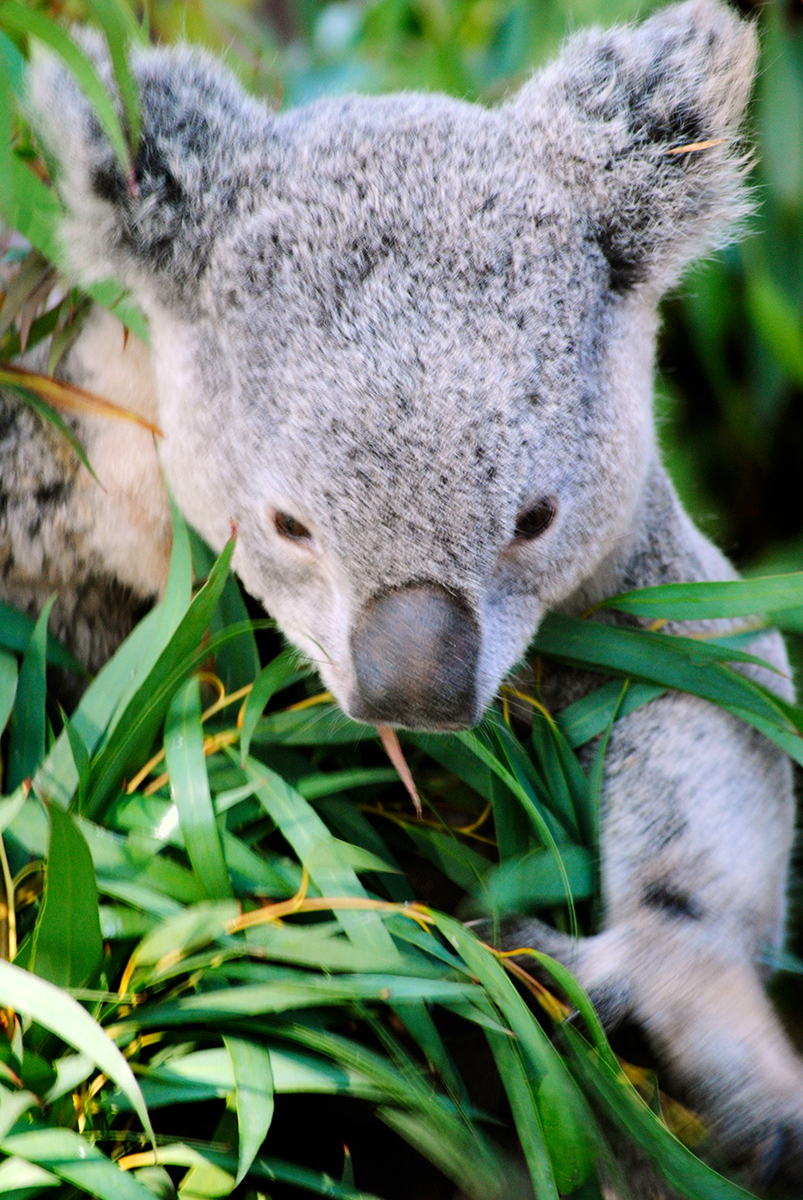 The Husband chose San Diego and the San Diego Zoo for a birthday trip. He had never been to southern California and we love going to zoos. So it wasn’t a terribly odd choice for a vacation.

The coolest thing happened right when we got there. We actually saw the koala bears awake and frolicking in their own koala way! Oh, they were so cute! For up to 18 hours a day, they usually just lay in a tree, sleeping, their eyes closed, doing a lot of nothing but looking cute.

How cute are these little guys???

One of my favorite animals is the bear sloth. He’s so cute and he gave me a big smile as we walked by.

Our next stop was the pandas. The Husband (and really, anyone with a heart) loves pandas. The first one we saw was a red panda. He looked like he was getting in to some mischief.

Then we saw the big guy! He was so cute and cuddly. I’m pretty sure I saw him as a baby a few years ago when I went to the zoo for the first time.

How do you not love him? He looks like he could give you a big hug!

Next came the polar bears. So pretty!! What is it was bears and being so adorable?! Little did we know then that we would end up going to the tundra and seeing them in their natural habitat (read here about Churchill).

As we were sitting on a bench, taking a break, we saw the funniest of friends. A cheetah and puppy went walking by! Apparently pairing the cheetah with the dog improves the cheetah’s social ability. And it was so sweet to see them together. 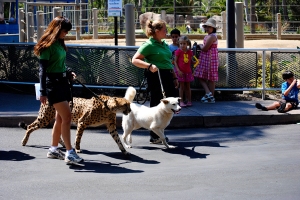 You can’t go to the zoo without seeing some babies. We had the pleasure of seeing this little baby giraffe. So cute! It’s always surprising to me that they are able to stand on those skinny little legs.

Another favorite animal of mine is the meerkat. They look so relaxed, lounging around on each other. They always share their area with their friends and never seem mad when on lays down right on top of them. And yes, I seem to have a lot of favorites. 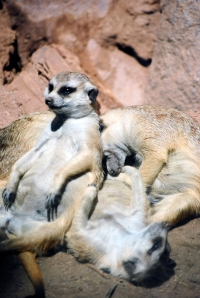 Travel tip: Arrive at the zoo early. They crowds aren’t actually that bad and the animals are much more active!

If you don’t live near the 100-acre zoo, but still want to see some of their 3,700 rare and endangered animals, you can check some of them out on the zoo’s awesome webcam!

I could go on and on about the zoo but it would take up a lot of time, and you would definitely get bored reading it!