We were so incredibly lucky to get 2nd row (!!!) tickets to Hamilton for Christmas (shout out to my dad for being the best ever!).  I never thought we would be able to go, let alone sit in the 2nd row. I’ll admit, I was a little worried that it wouldn’t live up to the hype. You know, like the letdown of a lame New Years Eve party that you were looking forward to.

Anyway, it was quite obvious from the opening act that being letdown wasn’t going to be a problem. Everything was so perfectly orchestrated, from the background dancers to the main cast. I stared in amazement, I laughed, I cried, and I never wanted it to end. More than a month later and I’m still listening to the soundtrack (and mixtape) on repeat.

Of course, we couldn’t take photos during the actual performance, but we did get some pretty good ones of the theatre and the stage.

The line outside Richard Rodgers theatre to go in.

The small, beautiful theatre. Yes, that’s it. The whole theatre. 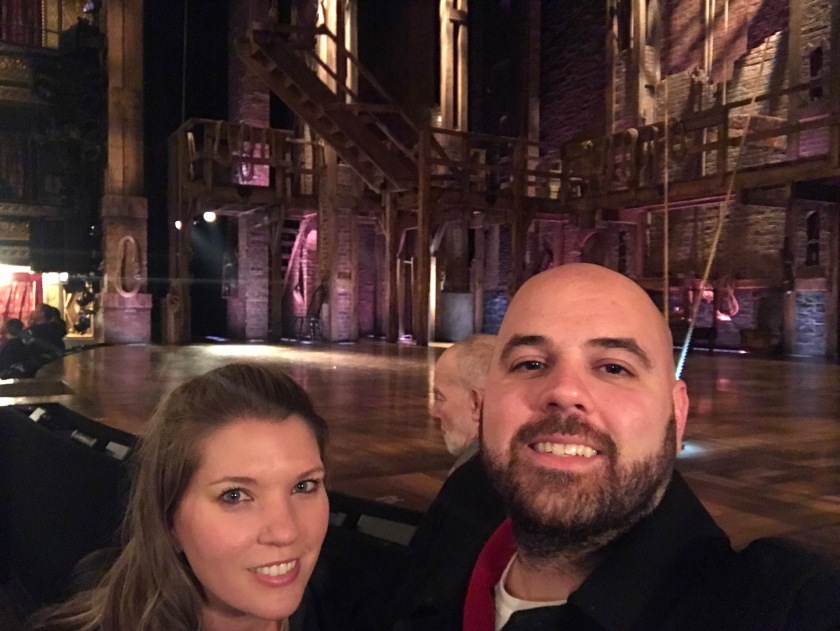 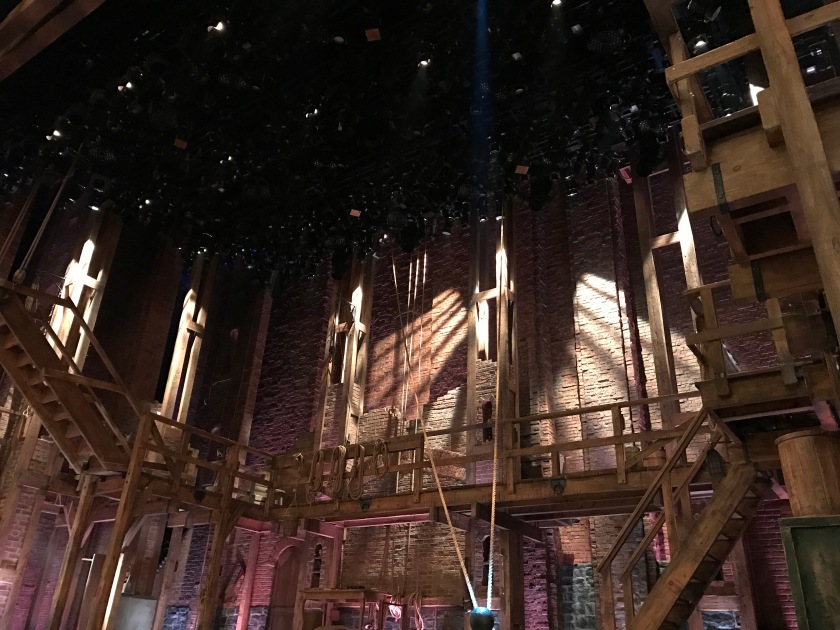 The stage stayed the same for the whole play. Small changes completely transformed it to fit each act perfectly. Everything was perfect. It was the best play I’ve ever seen and I can honestly say it exceeded the hype. If you have the chance to see it, no matter which theatre or cast, GO! You won’t regret it.

3 thoughts on “Hamilton: An American Musical”