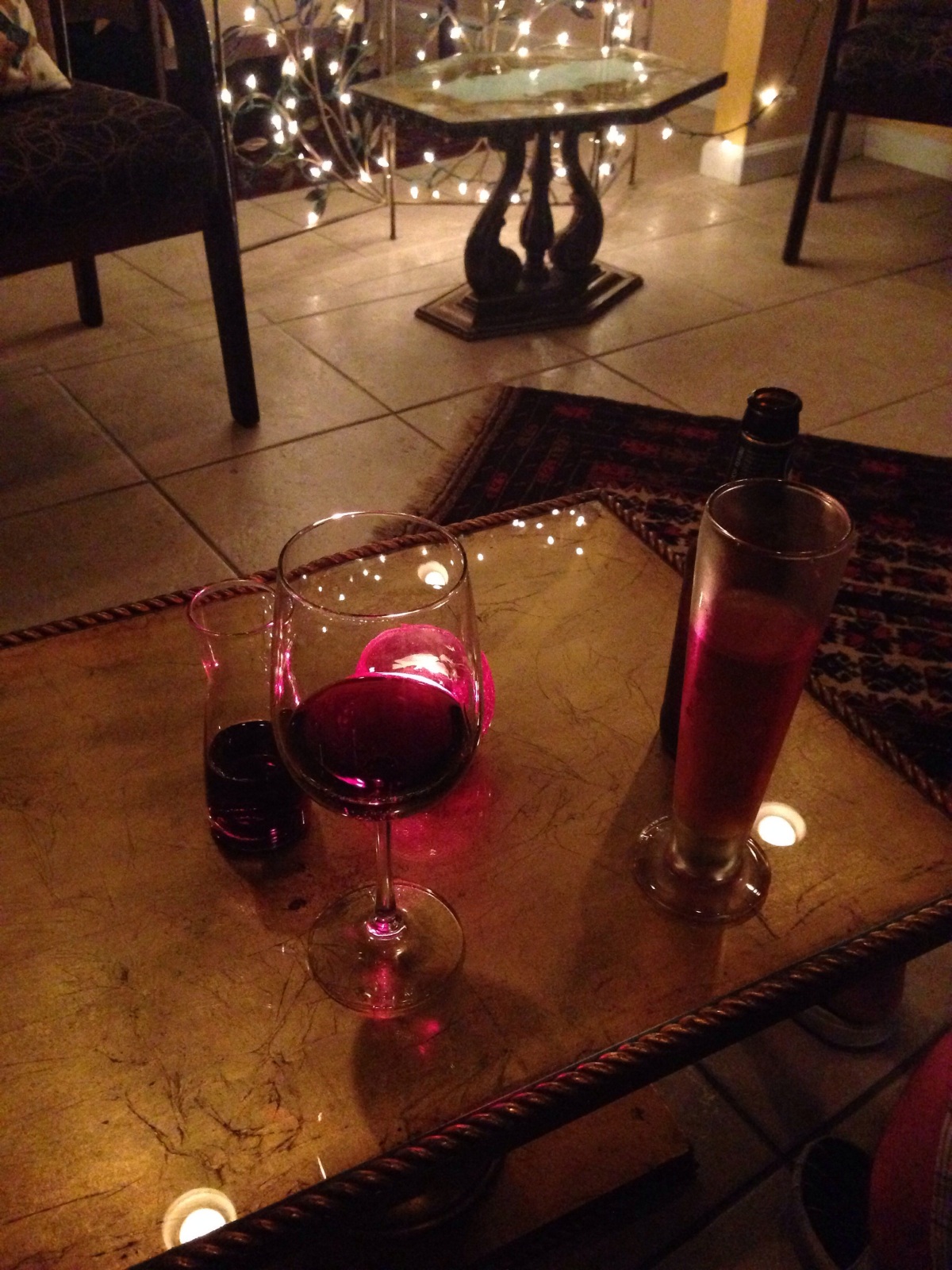 Thanks to Twitter, I learned of Irish 31’s Nurse Day Thursday. In addition to their normal, awesome drink specials they also had appetizer specials, including my favorite, the hummus. Their hummus is so good and comes with the crispest, yummiest cucumber slices I’ve ever had. It comes with pita bread triangles, and was only $5!
The Husband decided hey, if we are going to Hyde Park, we might as well finally go see Anchorman 2. You see, I hate movies. I can think of tons of different things I would rather do than sit and watch a movie. If I am convinced to watch a movie at home I always have my iPhone, iPad, and laptop close by. Sometimes I’m even on all three. And if I’m not, I’m falling asleep. I have such a hard time focusing on just a movie. I fell asleep at the theatre watching the Batman with Christian Bale.
But at Cinebistro in Hyde Park, I have a secret weapon. The espressotini. Nothing keeps me awake better than espresso and chocolate, with a side of alcohol. So when I’m talked in to a movie date, the Husband knows it has to be there.
We went to the 4:00 show and we were the only ones there! We always sit in the back row, because the ottomans are awesome. It was nice to be able to talk during the movie, without pissing off anyone but the Husband (he’s used to it).
After the movie we headed over to Irish 31 for drinks and hummus. Then we walked around Hyde Park and browsed West Elm and anthropology. Then the Husband wanted to head home. I was pretty disappointed when we pulled in the driveway but the Husband surprised me. He told me to grab my umbrella because we were going for a walk.
Our first stop was the Wine Studio. I’ve been wanting to stop there since we bought our house (it’s just a few blocks away). I’m still kicking myself for not going sooner. It’s so fabulous there! I had a great glass of wine, described on the menu in one word: delish. So clearly I had to try it. The Husband had beer, since I’m the wino in the family. 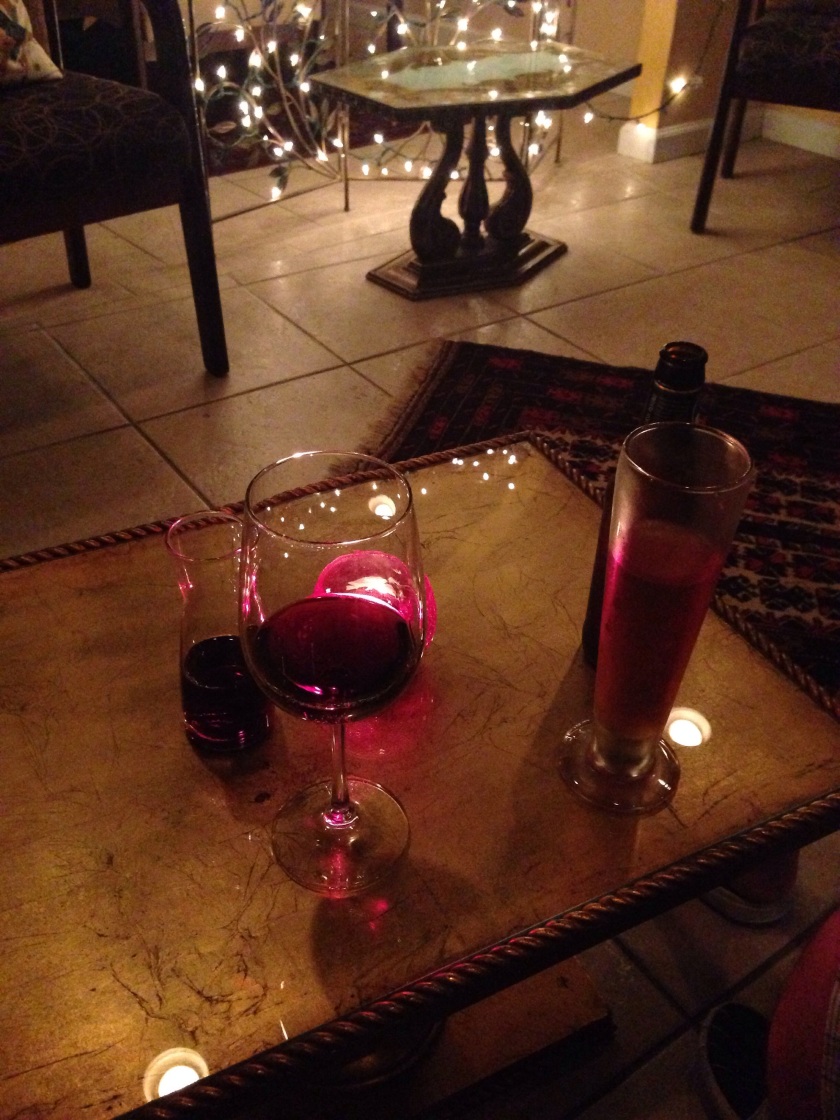 Our next stop was Pete’s Place. We read that they recently renovated and the photos looked nice. We had wished that it was a nice, local hangout that we could go to often, where everyone would know our names. Unfortunately, we walked in and walked right back out. They still allow smoking inside. And it stunk. Oh well. On to the next.
So we stopped by Anaar Bar and Grill. It used to be DeLosa’s pizza and now is an Afghani/pizza fusion restaurant. And it was really good! They had an awesome selection of craft beers, a good wine selection, and some pretty interesting cocktails. The house Anaar sauce, which first tastes like pomegranate (which is what Anaar means in Afghani) then a hint of spicy punches you in the throat, followed by a blast of lemon. Sounds weird but is so good! I really wanted to pour it over vanilla ice cream. I ordered the sambusa, which is pretty much like samosas, one of my fav Indian foods. And dipped in the Anaar sauce and the mint yogurt sauce was super yummy! 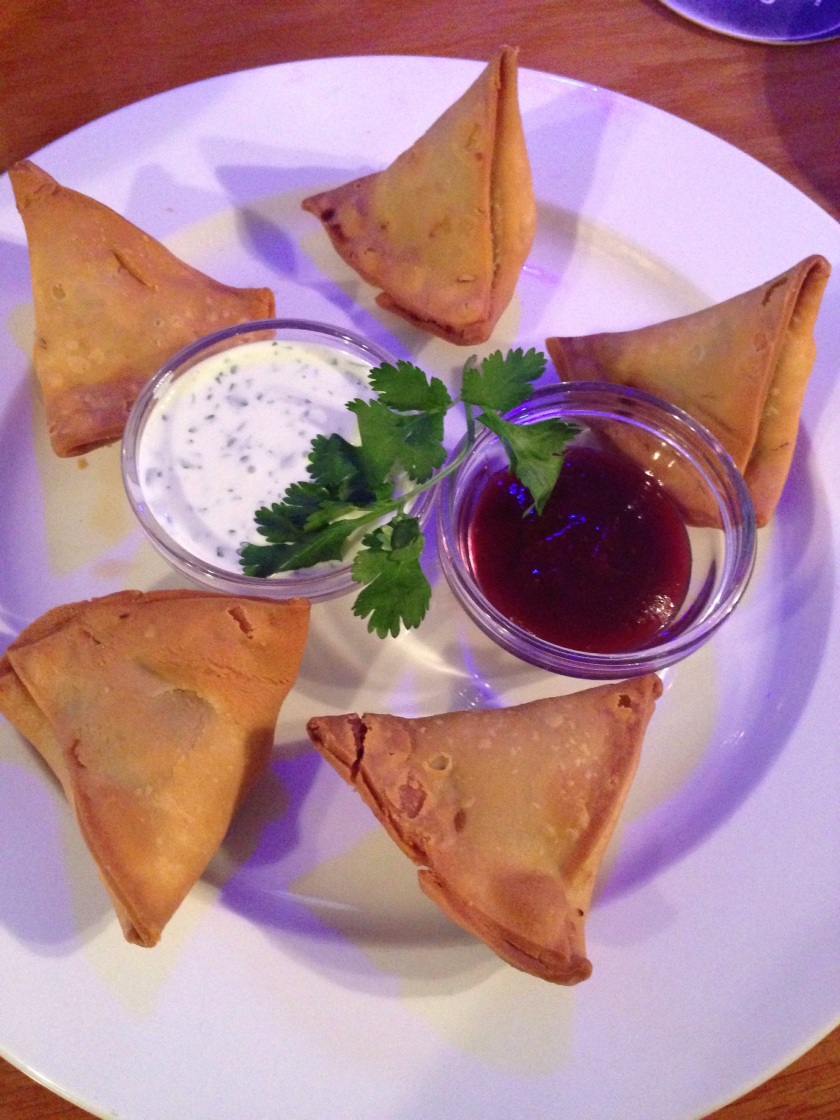 Sambusa.
The decor was pretty heavy stereotypical Afghani, which kind of made it look like a cheap wedding. But the bar is beautiful and the staff is so super nice. 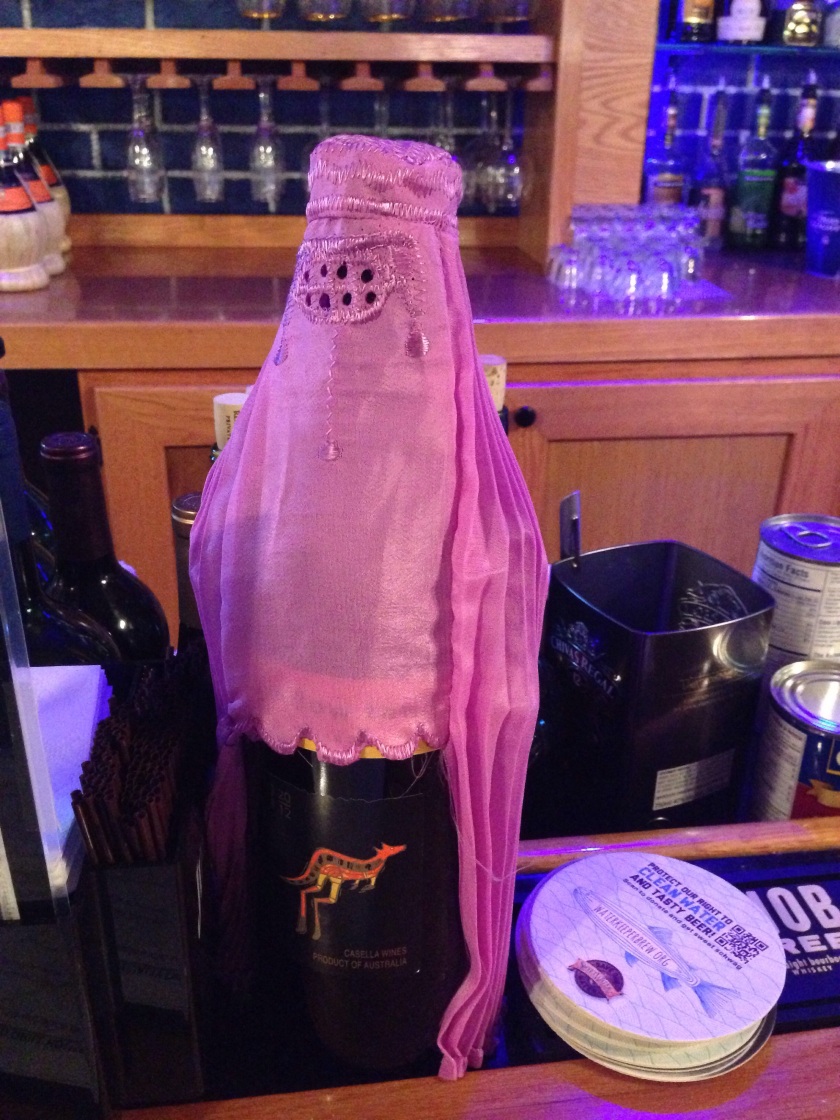 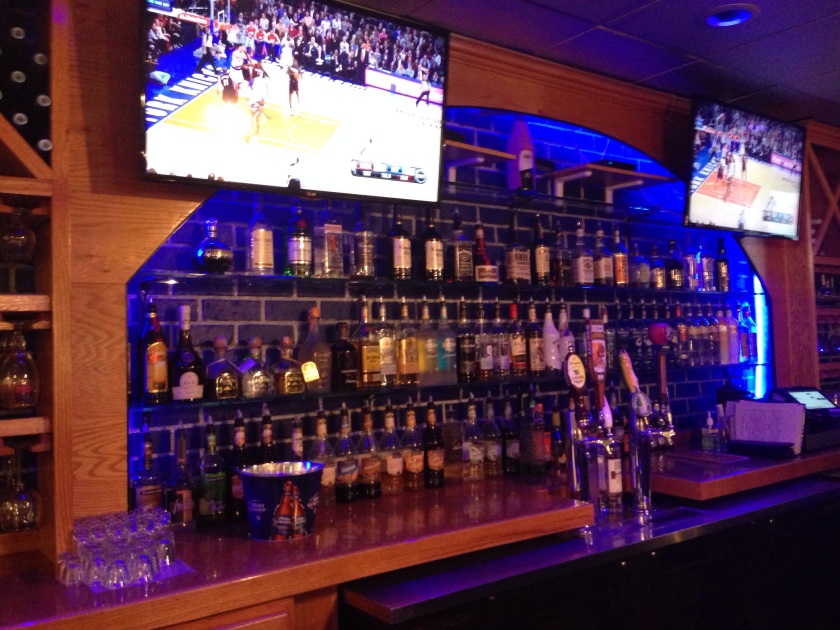 Anaar Bar and Grill
It was so nice to have this random date night, and it was all thanks to Irish 31!